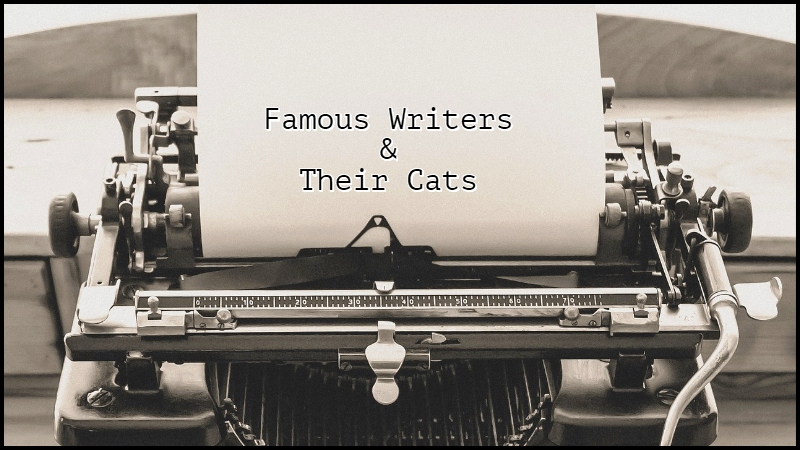 Writers Write is a resource for writers. We’ve put together a post on the relationship between famous writers and their cats.

Writers and cats have always shared a special bond. Alison Nastasi has written a book about the behind-the-scenes stories of Writers and Their Cats, which reminded me of my thoughts on the subject.

There is a long recorded history of the love writers have for their cats. In fact, there are so many writers who have adored cats that it’s difficult to ignore.

Canadian novelist and playwright Robertson Davies once wrote, “Authors like cats because they are such quiet, loveable, wise creatures, and cats like authors for the same reasons.”

Cats are elegant, mysterious, and beautiful. They are also ruthless and selfish when they have to be. Many cats have inspired works of literature including Edgar Allan Poe’s Catterina, Cleveland Amory’s Polar Bear, and T.S. Eliot’s Jellylorum.

If you Google authors and pets you will find a multitude of entries about cats. I think that authors love cats because cats are complicated creatures. Writers are used to trying to understand, and make sense of difficult things, and cats fit the bill.

Dogs are simple creatures who love everyone. Cats do not. It is interesting to note that psychopaths prefer the company of dogs, as written about by Jon Ronson in The Psychopath Test. Psychopaths prefer obedient animals. Adolf Hitler is known to have despised cats. Cats, like writers, are wilful creatures, who don’t like to be controlled.

Most authors are creative introverts and cats fit beautifully into an introvert’s world. As the American author, Andre Norton said, ‘Perhaps it is because cats do not live by human patterns, do not fit themselves into prescribed behaviour, that they are so united to creative people.’

Here is a list of famous authors who loved their cats: