;
Springvale Multicultural Place Little Library is as multicultural as its name! With books in various languages including Vietnamese and Khmer to name a few there are books for all ages.

The aim of the project was to create a free little library structure to store up to 40 books at one time in a public space in Springvale’s Activity Centre. The cost of the free little library structure was approximately $600. Created as a pilot project to engage people in an activity that did not require a monetary transaction, it was designed to be in a public space for 12 months with a regular monthly supply of pre-loved books provided by the library at no cost. On 22 November 2017 the Free Little Library was officially launched by Greater Dandenong’s Mayor and approximately 30 students from two local primary schools. Since its launch, three free story time sessions were undertaken in Multicultural Place to small audiences of people visiting the space and playgroups. 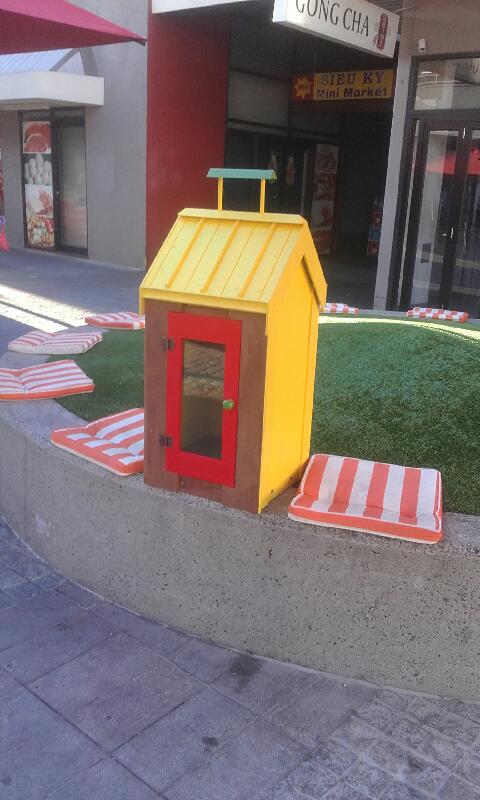 We will NOT be forwarding your message if it is regarding donations. You do not need permission to donate your books. Go visit a Street Library today there is no need to fill in this form.